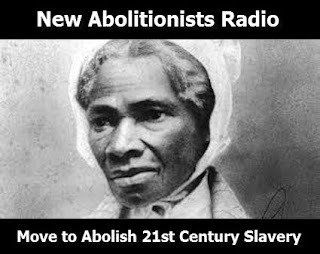 Tonight on New Abolitionists Radio we revisit statistics that we have quoted here before- we told you that nearly 60% of the rapes in jails and prisons are occurring at the hands of the law enforcement/prison staff. We have two current examples to highlight- Georgia law enforcement Capt. Daniel Johnson, was arrested after being formally charged with sexually assaulting at least nine different women while he was chief of security for the Emanuel State Prison for Women in Georgia. Most of the women were from the metro Atlanta area. Also, we have two women who say they have repeatedly been raped by the same correction officer at Rikers Island. They have sued him and New York City, accusing the city of indifference to a “pervasive culture” of rape and sexual abuse of female inmates in the city jail. Hey "Say Her Name" campaigners and Black Lives Matter protesters- here's the sisters you must not overlook, while bringing the murder and abuse of women to the forefront of the police violence conversation.

• Cleveland police Officer Michael Brelo was found not guilty in the murder of Timothy Russell and Malissa Williams, in one of the most heinous massacres in American law enforcement history. Well, let us get you up to speed on the latest case on the AmeriKKKan injustice buffet- the police extrajudicial murder of Alesia Thomas. LAPD Officer Mary O’Callaghan is now on trial. Will the clear cut video showing her restrained body being brutalized be enough to get a conviction? How about the audio of the officer promising Alesia that, “I’m going to punt you in your p*ssy.”? Will any of it matter in the court of law?

• Remember the case of Annie Dookhan, the Mass. State Police labRAT who falsified test results to get convictions in tens of thousands of cases? Well a recent Supreme Judicial Court ruling is expected to free tens of thousands from prison, as the fallout continues to expose this country's systems and institutions for what they really are- modern day slavery mills, with grotesque inhumanity on every imaginable level.

• While we're on the subject of injustice and criminality in law enforcement, the New ABolitionists will take a look again at RICO charges, and how we need to continue to force this measure into the conversations focused oh so timidly on reforms.

• Straight from RICO, we take you to our Ferguson is America series- tonight we show you that Georgia is Ferguson.

• This week’s Rider of the 21st Century Underground Railroad is Sundhe Moses. This brother was a freed after 18 years on Tuesday December 3, 2013. Another one of hundreds- potentially thousands of innocent yet criminally convicted people who went down at the hands of Ret. NYPD Detective Louis Scarcella, Sundhe walked out of an upstate prison after it was determined that the dirty detective had railroaded him for the killing of a 4-year-old girl in Brooklyn.

• Our Abolitionist in profile is David Walker, 1796 - 1830. An Abolitionist who created his own pamphlet, David Walker's Appeal. . . , a document that has been described as "for a brief and terrifying moment. . ., the most notorious document in America."
Posted by SReid No comments: Links to this post

• We’ve reported before the unbelievable truth that teachers unions were invested in private prisons upward of 100 million dollars. A blatant conflict of interests. Recently the New York State United Teachers Representative Assembly (NYSUT RA) adopted a resolution to investigate current pension investments in prisons and to move immediately to divest from prisons. We have a invited a couple of guests involved with this resolution to help explain what is going on. Including Jamie Trinkle of ENLACE and Cecilia Cortez of the United Federation of Teachers.

Cecilia Cortez is a New York public school teacher and leader in the United Federation of Teachers (UFT) Chapter. Jamie Trinkle is an organizer with Enlace and the Private Prison Divestment Campaign. The Private Prison Divestment Campaign works at the intersection of mass incarceration and immigration enforcement, to break the lobbying power of the private prison industry. Jamie is based in Portland, Oregon.

• We have a number of current and pressing stories we’ll report on tonight. And as usual we’ll tie it all up in a neat little bow.

• In our Ferguson is America series- tonight we show you that Florida is Ferguson. When W.E.B. Dubois said "The slave went free; stood a brief moment in the sun; then moved back into slavery" he might have been talking about the Sunshine state.

• This week’s Riders of the 21st Century Underground Railroad is Phillip Bivens who in February 2011 became the second person in the United States to be exonerated posthumously thanks to DNA testing.

30 Year Anniversary of the MOVE Bombing 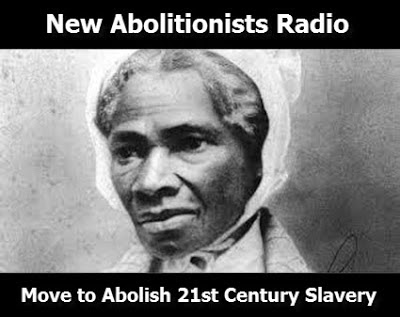 • Tonight on New Abolitionists Radio We mark the 30-year anniversary of the bombing of Osage Avenue in West Philadelphia. The raid killed six adults and five children, destroyed more than 60 homes and left more than 250 people homeless. It stands as the only aerial bombing carried out by police on US soil.

• In his article ““Immigrants For Sale” exposes one-half of US government sanctioned slavery in the USA” Scotty Reid has uncovered communications between Abraham Lincoln and Alexander Hamilton Stephens. Let’s listen to what he found.

• Marco Rubio, the US Senator from the state of Florida and current presidential candidate is on the private prison profiteers payroll. We’ll tell you how.

• In our Ferguson is America series- tonight we show you that Delaware is Ferguson.

• This week’s Riders of the 21st Century Underground Railroad is Kia Stewart, 27, exonerated April 13, 2015. After spending nearly 10 years of a life sentence behind bars for the killing of Bryant "B.J." Craig Jr., Kia Stewart, was able to walk out of the Orleans Parish Criminal Courthouse a free man.

• Our Abolitionist in profile is William Henry Johnson 1833 - 1918. A Black Abolitionist, politician and crusader for the rights of Blacks.
Posted by SReid No comments: Links to this post

Tonight on New Abolitionists Radio we have another mountain of facts and stories coming straight from the front lines of the slave trade here in the USA. We'll share audio of a real live slave auction- then we'll tell you all about the latest round of slave state, extrajudicial murders of blacks in the custody of law enforcement, and this week its the sisters under the gun. Literally. We have news about crooked slave catchers (cops), and drug smuggling CIA agent, caught up by border patrolling militia men , and County Prosecutors who think its okay to gun down black folks.

We'll get an update from the 2015 National Week of Action Against Incarcerating Youth (NWAAIY), May 17 to May 23, 2015, and as always we will have our regular features of Ferguson is America, our rider of the 21st Century Underground Railroad, and of course our Abolitionist in Profile.

Ferguson is America- tonight we cover Connecticut is Ferguson.

Our Exoneration Profile is  Santae Tribble, who served 28 years before he found his way out on the 21st Century Underground Railroad.

Our Abolitionist in profile is William Whipper, a Black businessman and abolitionist, born February 22, 1804, died March 9, 1876.

All of that tonight on New Abolitionists Radio.
Posted by SReid No comments: Links to this post