Deadly Force: Police Use of Lethal Force in the U.S. 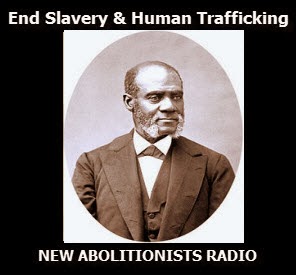 New Abolitionists Radio will feature all of the current news and events from across America tonight- including updates from Charleston, SC.

In our usual segments, we will cover Ferguson IS America- tonight is Indiana.

Our Abolitionist in Profile is Denmark Vesey

In our second hour the program will be live broadcasting the webinar- Deadly Force: Police Use of Lethal Force in the U.S.
Posted by SReid No comments: Links to this post 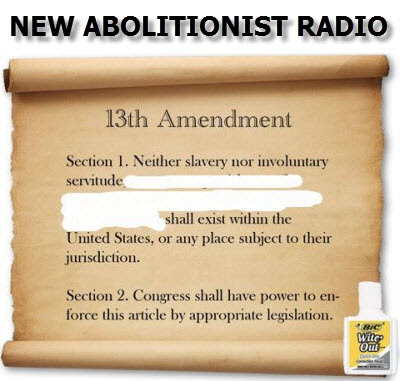 • Keeping you up to date on a story we’ve been reporting. 6 Corrupt Philly cops who spent decades as narcotics agents, raiding the homes of non-violent offenders, assaulting them, kidnapping them, robbing them and in some cases even killing them, have not only have they been acquitted on all charges but they get to ride in Bentleys during a hero policeman’s parade through Philadelphia.

• During the recent Universal Periodic Review (UPR) which takes place every four years to scrutinize the human and civil rights practices of each of the UN’s 193 member nations. Delegates from a majority 117 countries denounced and decried the US’ record of civil rights violations exacted by its brutal and racist police forces.

• With the recent video revelations regarding the police murder of Jamil Murray a news team has uncovered 'Disturbing' patterns and practices found in unprecedented look at 250 police-involved shootings. One of every four people shot at over the past 15 years was unarmed, for example. More than one-third were black. All of this prefaces a growing concern that Palm Beach County could be the next city to erupt and implode.

• After finding out that Georgia doesn’t require magistrates to have any kind of legal education in order to become judges I started digging deeper with a little help from my friends and what I found is a clear and present danger of national epidemic proportions. I’ll explain tonight.

• A pregnant woman abused and arrested. People being shot and killed while unarmed. There are dozens of stories like this rearing their ugliness every day in growing numbers. We’ll cover as many as we can.

• This week’s Rider of the 21st Century Underground Railroad is Eddie James Lowery, who was convicted in a 1981 rape of a 74-year old woman, while he was a soldier at Fort Riley. Decades later, DNA evidence showed he did not commit the crime.

• Our Abolitionist in profile is José Antonio Aponte, died April 9, 1812. Abolitionist, military officer and carpenter of Yoruba origin who organized one of the largest slave conspiracies in his time, known as the Aponte Conspiracy of 1812.
Posted by SReid No comments: Links to this post